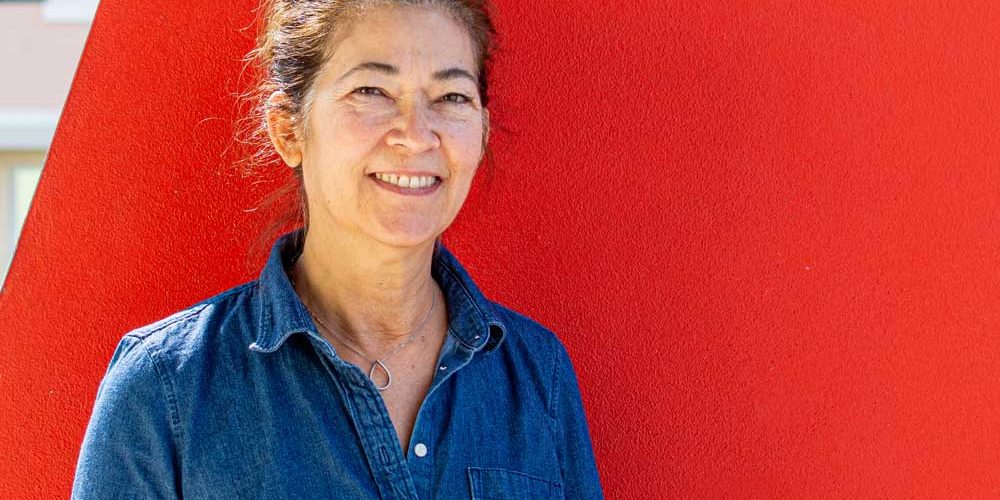 She might have found herself in the middle of an artist residency at the Arts Warehouse, but that’s certainly not where she started. Missy Pierce has held more professions than most people ever dare to consider, but finally feels at home as an artist.

Pierce finds that her biggest career challenge has been corralling her passion and settling on one path, especially since her interests are so varied. She originally studied constitutional law and became a civil rights lawyer, but moved on to become a copywriter and technical writer before becoming an educator and contributing editor. She eventually made her way to Florida to work as an artist, and has been fortunate enough to have trained in Les Angles, France; Portland, Oregon; Berkeley, Calif.; and the Jaffe Center at Florida Atlantic University and the Museum of Art School in Boca Raton, Fla. She absorbed all of her experiences along the way, and uses it as inspiration for her artwork. 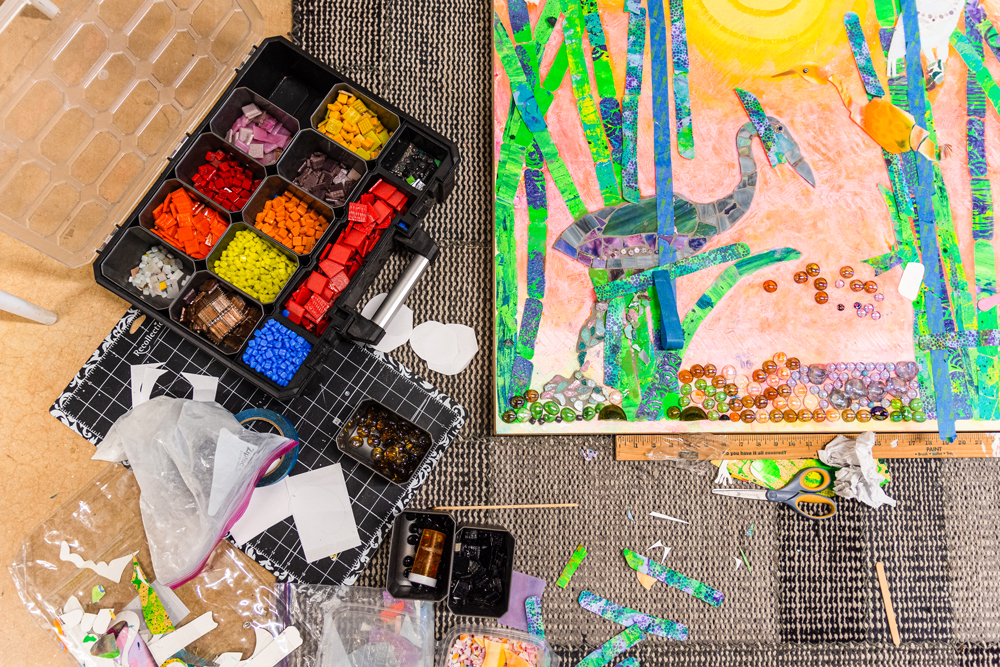 “My inspiration has many sources. Sometimes something in the news inspires me, such as Greta Thunberg’s speech last month. Other times, I see a set of colors that seem to sing in harmony, the shadows cast by leaves across my window or a renegade weed peeping out of the meticulously-groomed hedge while I am in my car sitting in line at the Starbucks drive-through,” Pierce said. “Most often, I return to issues of displacement and human migration. I have always been involved in human rights to some extent, so this theme has inspired me to create art that tells stories about this subject in one form or another.”

She says her paintings often represent the release of those otherwise eclipsed parts of her identity, and what happens when the distorted logic of consciousness strikes against day-to-day tasks, duties and expectations. She often plays with this theme by using humor to explore the clash between her domestic and professional roles. Through painting and collage, she stages unrelated figures to reverse expectations in an effort to examine the frayed edges of an identity built out of contrasting selves.

Currently, she’s working on a large mosaic as a public art commission she received from Palm Beach County, and says that the mosaic is a representation of the local birds that thrive in the sugarcane fields. While this is her current priority, she is also finalizing her application for a lifetime goal of hers, which is for admission into the summer exhibit at the Royal Academy of Arts in London.

No stranger to traveling, Pierce also takes every opportunity to teach and inspire others. She says that her students’ enthusiasm fuels her passion for sharing her craft. “They get so excited about creating art that it is a joy to teach. Some of my older students have waited until retirement to pick up a paintbrush,” Pierce said. “When they finally let loose and allow themselves to create without judgment, that feels like success to me. This is also why I really enjoy teaching children.  I want them to learn to incorporate creative time into their daily lives no matter what their career choice.” For her, it’s all about progression. 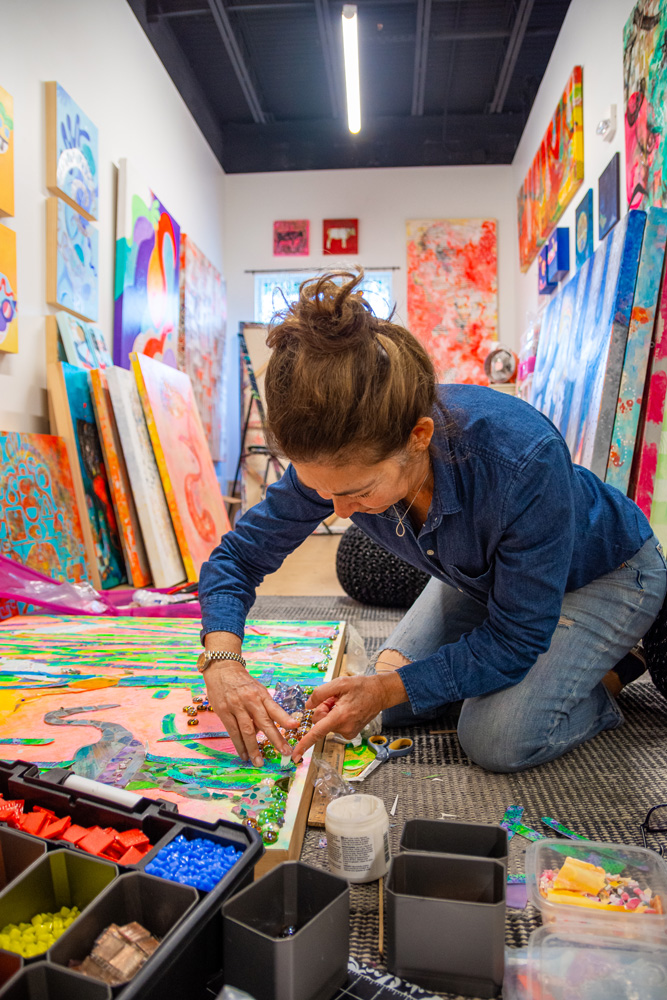 Pierce says that she no longer paints art that caters to the market. She used to follow trends and track design colors in order to come up with large canvases to “match” what she would see in showrooms. Now, she follows her own instincts and creates art that has meaning to her. Even though she hasn’t felt her “I’ve made it!” moment yet, she’s pleased with her how far she’s come.

“I am delighted with my progress in many ways, but I have a long way to go. I was super honored to be chosen for a studio as part of the Arts Warehouse. I am also happy to be represented by RFA Decor. Ultimately, I would like to receive a fellowship or a grant and benefit from financial support for my projects,” said Pierce, who believes that working out of the Arts Warehouse is enriching in so many ways. “I’ve made so many connections with visiting artists, and I’ve met wonderful collectors. The best part is the creative synergy I get from being around art and artists all day long. There is something so wonderful about working next to such accomplished creatives, like Agata Ren and Amanda Perna. Administrators like Grace G. and Lui Sixto are not only super supportive, they are skilled at what they do. I learn a lot just from observing them as they carry out their duties.” 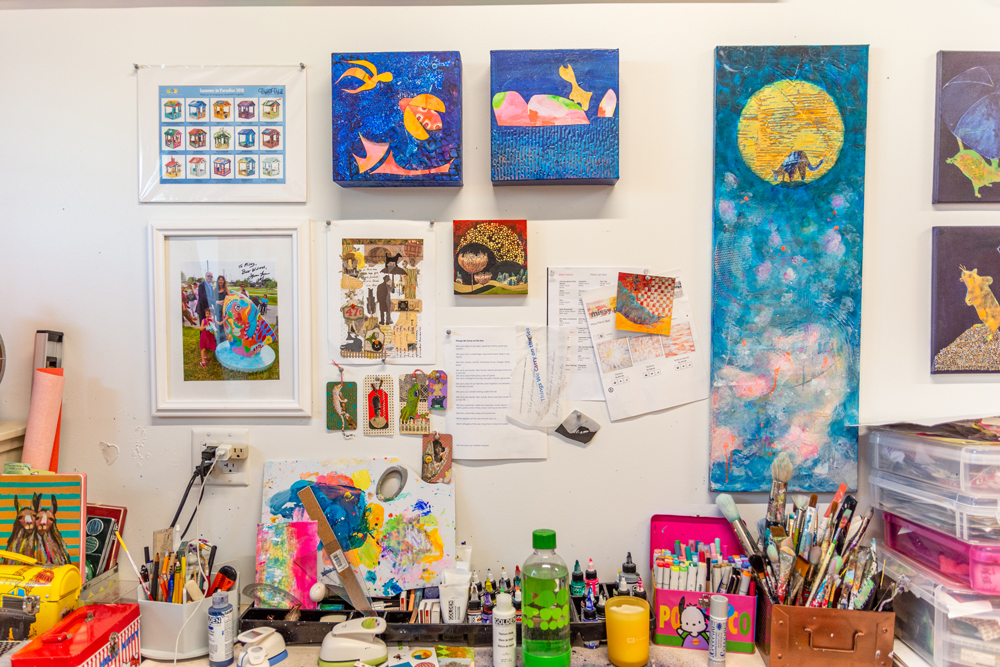 In addition to her collaborating, learning and teaching, she’s also looking forward to editioning one of her artist books, “Things We Carry on the Sea.” She’s excited about this because she’s including a poem she loves by activist/poet Wang Ping, who promised Pierce she would fly out for the book launch. “I hope to get more of my artist books published, and I want to start writing a narrative to accompany her artwork,” Pierce said.

As you can tell, there’s no stopping her now. Pierce is constantly using her talents to beautify the space around her, and work with other organizations and students to do the same. She’s painting a bright future, and her next creations are sure to be nothing short of amazing, and amazingly inspirational.