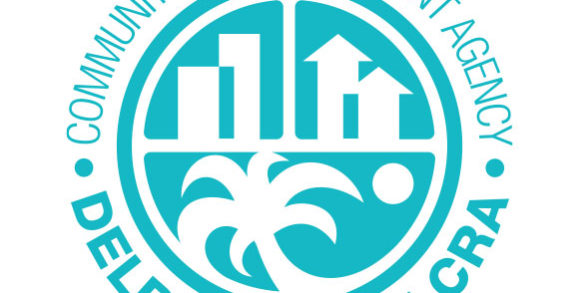 The CRA’s Donation of Lots Creates Build Opportunities for Eight Future Habitat Homeowner Families DELRAY BEACH, Fla. (September 24, 2018) — Championed by the Delray Beach Community Redevelopment Agency Board of Commissioners and Staff, (Delray Beach CRA) granted Habitat for Humanity of South Palm Beach County (HFHSPBC) five lots for homes to be built in “The Set” district in the West Atlantic Avenue area immediately east of I-95. According the HFHSPBC CEO & President Randy Nobles, this opportunity, which HFHSPBC has named “LOTS OF HUMNANITY” in Delray is the first time Habitat has been able to build in two years.

Approved by the Delray Beach CRA in January, site preparation has been expedited to prepare for two high profile HFHSPBC builds of safe, affordable homes that will further strengthen the Delray Beach CRA community. The first will be the nonprofit’s annual CEO Build supported by home presenting sponsor Florida Peninsula Insurance that will draw 80 C-Suite business leaders to collectedly don hard hats, wield hammer and saws to create “the House that CEOs Built”. The second will be a home blitz build by residential real estate leader Altman Companies that is estimated to be completed — from start to finish –in just two weeks.

HFHSPBC is a nonprofit 501(c)(3) organization that brings people together to build homes, community and hope in the cities of Delray Beach, Boynton Beach and Boca Raton, Florida. The organization depends upon volunteer labor and tax-deductible donations of money, materials, services and property to fulfill its mission.

To date, 52 homes have been built in Delray by HFHSPBC; the most recent home dedication was on November 2016. In cooperation with the City of Delray Beach and its CRA, HFHSPBC has completed 60 Neighborhood Revitalization projects, during which HFHSPBC, sponsoring companies and volunteers have painted and landscaped, installed new windows, doors, roofs and sprinkler systems and built handicap accessible ramps.

Delray Beach CRA, Habitat for Humanity of SPBC Partner On “Lots of Humanity”/2/2/2/2 While the neighborhood revitalization concept has long been a City of Delray Beach tradition since 1989, it evolved this year into a new exciting new partnership with HFHSPBC for the new and enhanced “Rock the Block 2018”. Within a one to three block radius, families were identified and qualified based on the Homeowner’s need as “Rock the Block Homes” available for sponsorship. “Rock the Block” homeowners were area seniors, veterans, people with disabilities or health issues and families with young children who live in Delray Beach and own their homes.

“To build a better community, it takes a village – made up of individuals, leaders, and groups who volunteer their time and resources to help those who need it most,” shared Mayor Shelly Petrolia. “We are excited to be a part of the Lots of Humanity movement to continue our work in empowering families to thrive in our city by creating safe and durable homes. Together, we are revitalizing our neighborhoods and the lives of the hard-working families in Delray Beach. Over the years, it has been a pleasure to work hand in hand with Habitat for Humanity of South Palm Beach County to build homes, community and hope.”

Executive Director of the Delray Beach CRA Jeff Costello added, “The relationship between the CRA and Habitat for Humanity of South Palm Beach County has developed over the years resulting in more affordable and workforce housing opportunities for families from a range of income levels,” said Jeff Costello, Executive Director of the Delray Beach CRA. “These projects have a positive impact on the stabilization of our neighborhoods and addresses the housing needs in the CRA District and the City as a whole. The CRA looks forward too many more of these housing partnership opportunities as we continue working to make the future of our community brighter than ever.”

According to HFHSPBC President & CEO Randy Nobles, the generosity of the Delray Beach CRA will have a significant impact on the community as it helps break the cycle of poverty for five more families and their generations to come.

“By ‘giving a hand up, not a hand out’ to hard-working families who have not yet been able to quality for a traditional mortgage, Habitat Partner Families become homeowners and taxpayers who are invested in and give back to their community,” added Nobles. “We thank the Delray Beach CRA for making the American dream of home ownership a reality for five new families.”