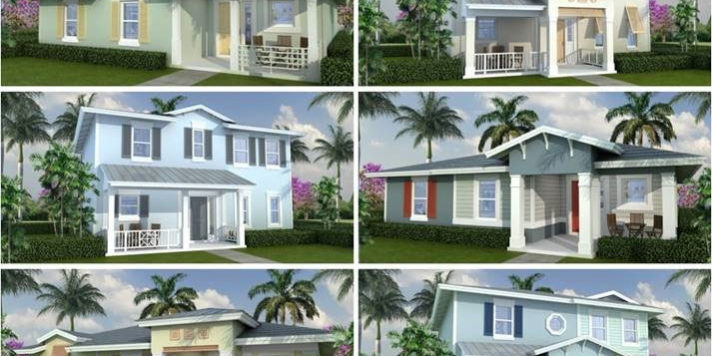 There is no ignoring the fact that downtown Delray Beach is booming. There’s new construction on several corners and streets around Atlantic Avenue, including retail, dining, hotels and more. While all of this construction means growth and development for the City and the ever-increasing tourist community, the Community Redevelopment Agency (CRA) also wanted to make sure that the local community was fitting in the mix. This is where the Corey Jones Isle project comes in.

The rising cost of housing has been a major concern within the CRA district. Redevelopment efforts in the central part of downtown had resulted in substantially higher land values and rents, which had spread beyond the commercial area into the surrounding neighborhoods. When the site, which was a nursery for many years, became available, the CRA purchased it with the intention to build single-family homes.

The Corey Jones Isle project will consist of 10 single-family workforce housing units in the Southwest Neighborhood at the Northwest corner of Southwest Seventh Avenue and Southwest Fourth Street. The homes will be either three or four bedrooms with two bathrooms and rear-loaded garages and will be between 1,800 to 2,300 square feet. With this project, there was also the opportunity to preserve the neighborhood’s cultural history. Historically, this area was settled in by Bahamians and other Caribbean Islanders. The aesthetic design elements of the Corey Jones Isles project were designed with this culture in mind.

The project began when the Delray Beach Community Land Trust (DBCLT) responded to a request for a proposal to develop the 10 homes. The DBCLT, whose mission is to create healthy communities through the provision and preservation of affordable housing for low to moderate-income households, will pre-qualify the potential buyers, who will have to meet the requirements for workforce housing.

Workforce housing is defined as housing that is affordable for families whose incomes are within 80% to 140% of the County’s area median income (AMI). Stuart & Shelby Development, Inc. will construct the homes and they are projected to break ground in early 2020, with construction being completed by the end of the year.

The CRA has combined its objective of eliminating slum and blight with its goal to ensure an adequate supply of decent affordable housing. These 10 new homes provide hope and safety for families struggling financially, and also will bring a bright beautification to another one of Delray’s populated neighborhoods, all while preserving the Bahamanian culture that is historic to this area in Delray Beach’s history.