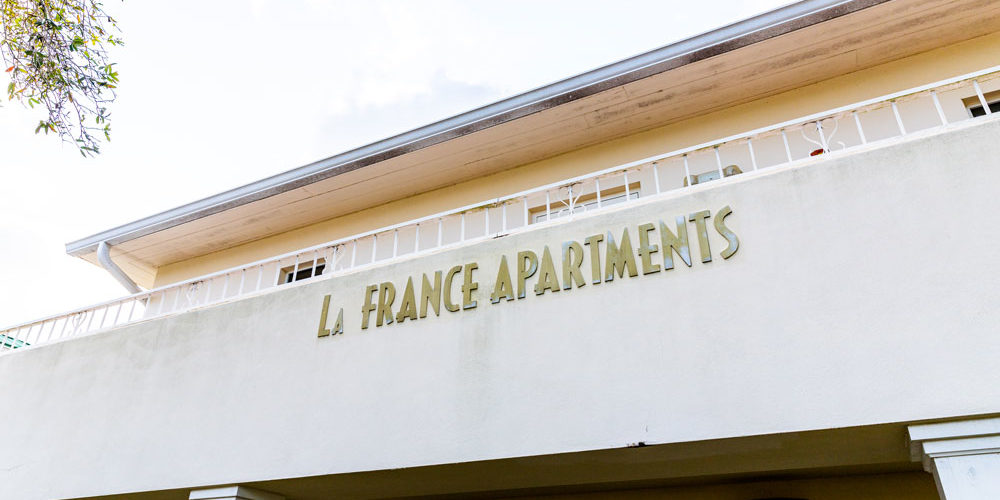 If you look amongst the polished and newly-constructed buildings dotted along the Avenue and throughout Downtown Delray, you’ll find bits and pieces of Delray’s history that shine in their own way. One of those buildings is the La France Hotel, and it has a beautifully storied past.

The LaFrance Hotel was the only African-American owned hotel between Delray Beach and Fort Lauderdale that welcomed African Americans during the turbulent segregation era in the 1950s and 1960s. Completed in 1949 by the Charles Patrick family, the 20-room hotel was the home away from home for seasonal laborers. 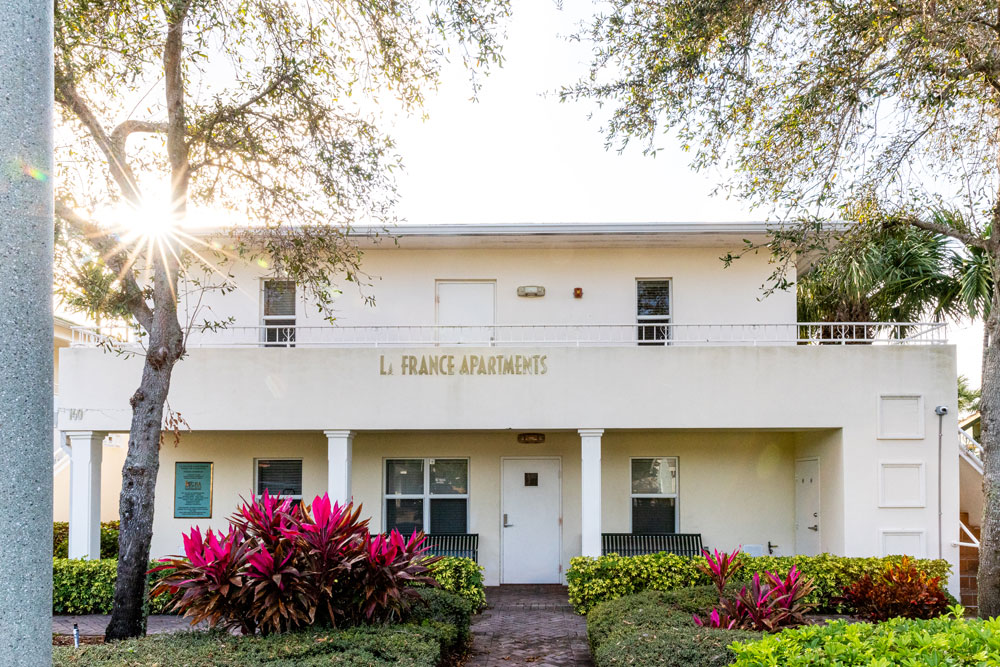 The Hotel is a significant part of Delray Beach history because it mirrors historical, cultural and social changes, including segregation and integration, musical trends in the county, and social trends such as the various kinds of employment. The LaFrance served as not only a place where African Americans could stay, but was also a place where they felt comfortable, which was equally important during those times. A number of chauffeurs and waiters, as well as famous entertainers and civil rights figures, took rooms at the hotel.

In an effort to preserve history, the structure was purchased by the Delray Beach Community Redevelopment Agency in 2004. It has since been reincarnated as an apartment building that serves Delray Beach low-income seniors. The CRA renovated the original structure and added a second structure, which provided another 14 residential units. The Apartments sit on the original site at 140 NW 4th Avenue, Delray Beach in the West Settler’s Historic District. 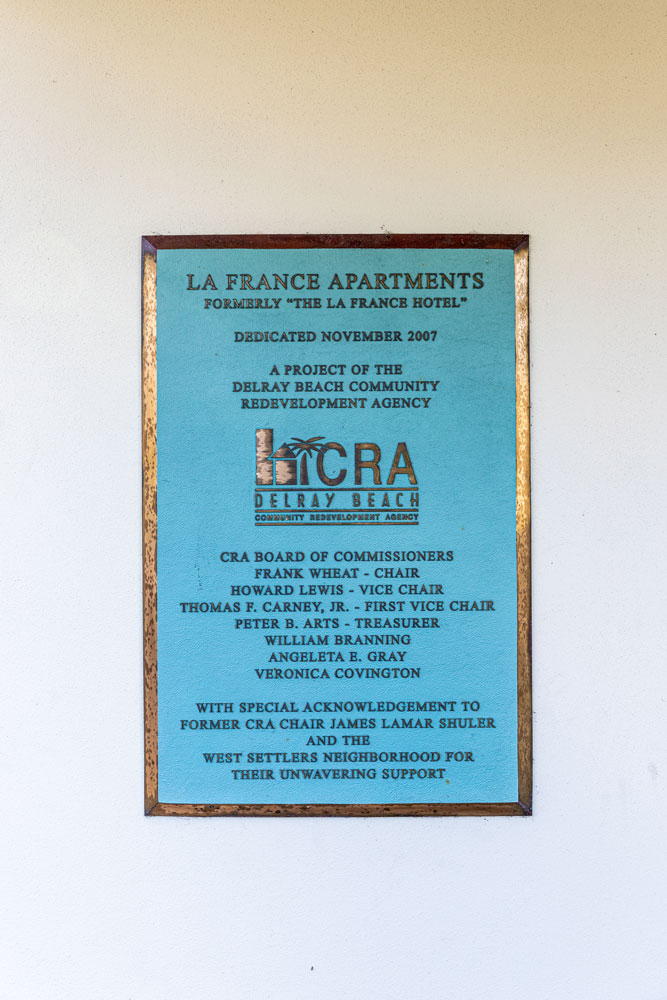 Renovating and repurposing the hotel’s history was important for the CRA because the purpose of the CRA is to revitalize the physical environment and the economy of the Community Redevelopment Area. The CRA’s activities are designed to solve the underlying problems of slum and blighted conditions through planning, redevelopment, historic preservation, economic development and affordable housing so that the tax base can be protected and enhanced by these mutually supportive activities. Additionally, the CRA was able to work with the Spady Cultural Heritage Museum to preserve and promote the Apartments’ history.

“The LaFrance Apartments are featured in the Spady Museum’s Ride and Remember Bus Tour, as well as the walking tour,” said Charlene Farrington, the executive director at the Spady Museum. “The narrative on the tour informs on relationships of citizens in the newly-forming community.” Farrington says that working at the Museum allows her to not only research and learn about the African American citizens of the past, but to highlight their contributions and the contributions of African American citizens today. 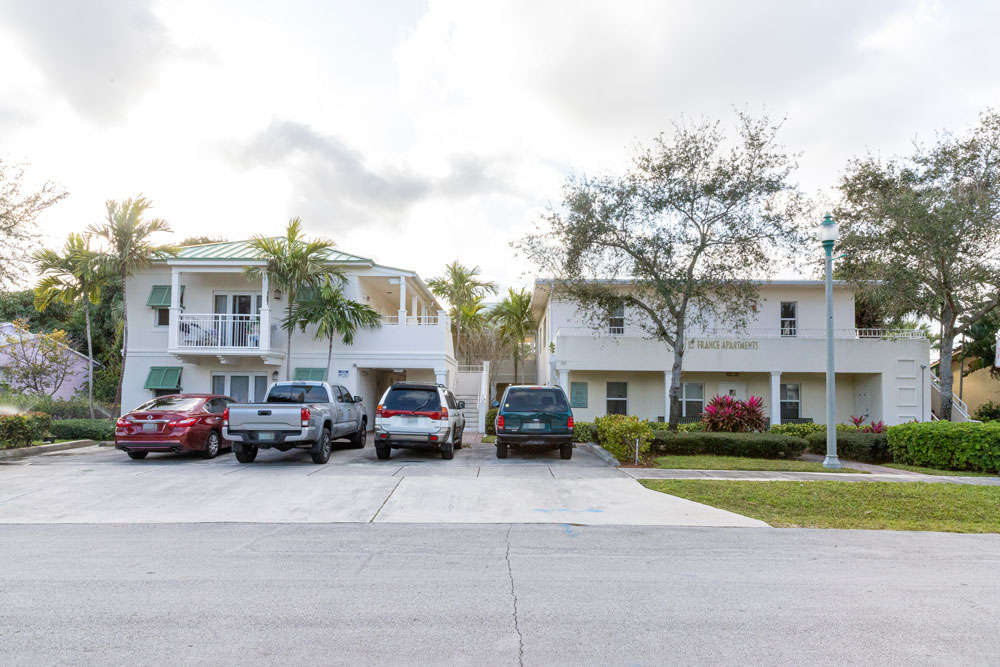 She feels historic preservation is so important and prefers to quote Dr. Carter G. Woodson, also known as the Feather of Black History: “If a race has no history, it has no worthwhile tradition, it becomes a negligible factor in the thought of the world, and it stands in danger of being exterminated.”

With Delray’s rich history and the partnership of the Spady Museum and the CRA, it will continue to be a point of emphasis to ensure this history is protected.