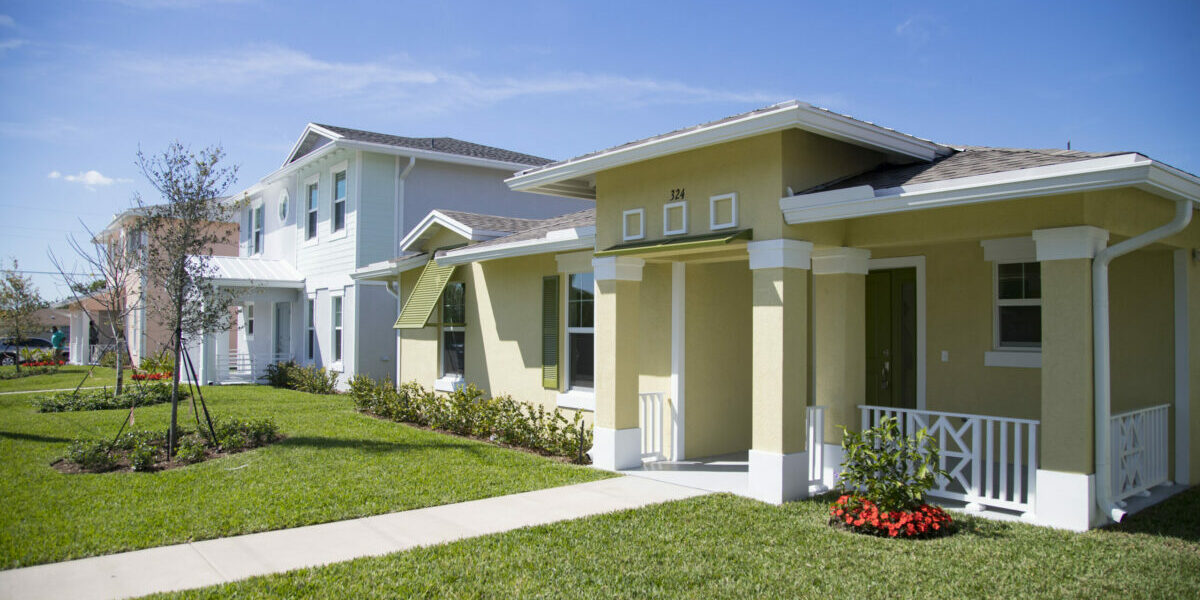 The Delray Beach Community Land Trust (DBCLT) in partnership with the Delray Beach Community Redevelopment Agency (CRA) proudly announced the ribbon cutting of 10 workforce housing units in the Southwest Neighborhood. The project is named in honor of Corey Jones, a local community member who was wrongfully shot and killed by an off duty Palm Beach Gardens police officer in 2015.

The Corey Jones Isle ribbon cutting was held Friday, March 5 at 10 a.m. and community members were invited to join virtually via the Delray Beach CRA Facebook page. The 10 houses are located at the corner of Southwest Seventh Avenue and Southwest Fourth Street, and the first three certificates of occupancy were issued at the ribbon cutting. 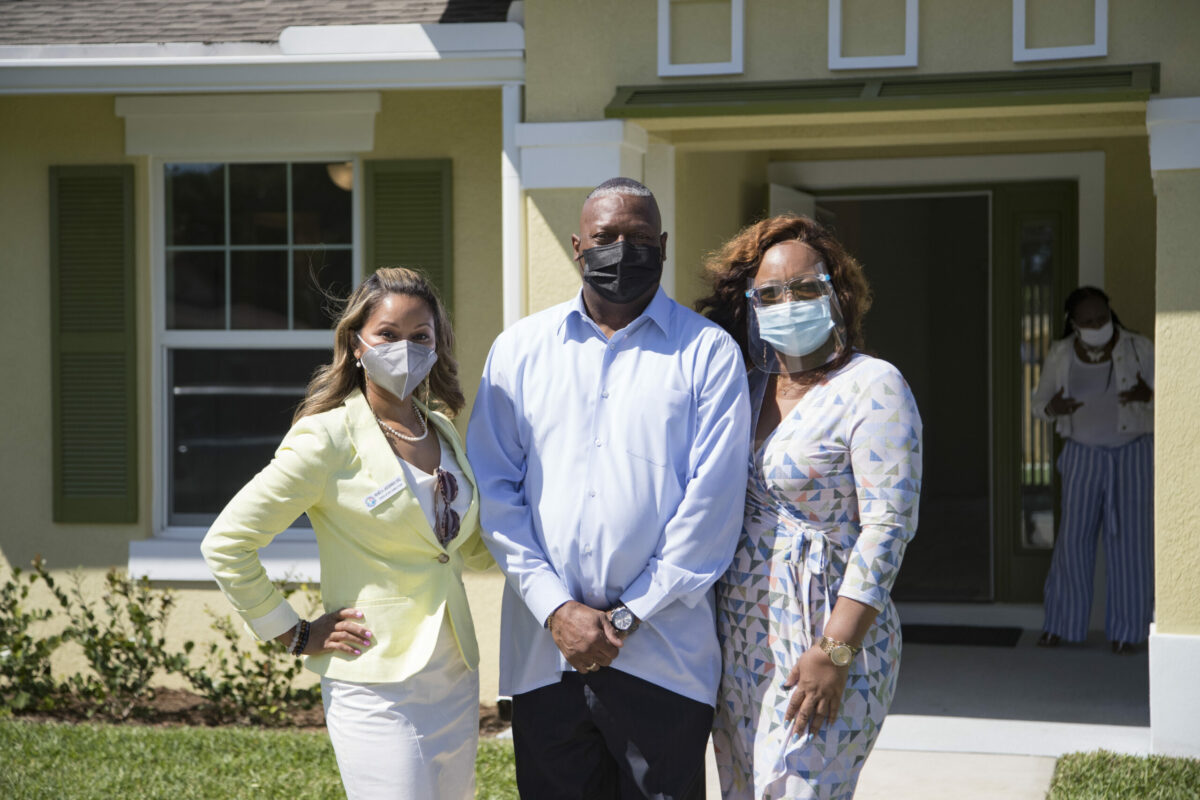 The purpose of the project is to not only to ensure affordable housing for local community members, but to also preserve the neighborhood’s cultural history, which was originally settled by Bahamians and other Caribbean Islanders.

The project began when the DBCLT responded to a request for a proposal to develop the 10 homes. The DBCLT’s mission is to create healthy communities through the provision and preservation of affordable housing for low to moderate-income households, so they were a perfect partner for the CRA. Stuart & Shelby Development, Inc. constructed the homes and they broke ground in early 2020. 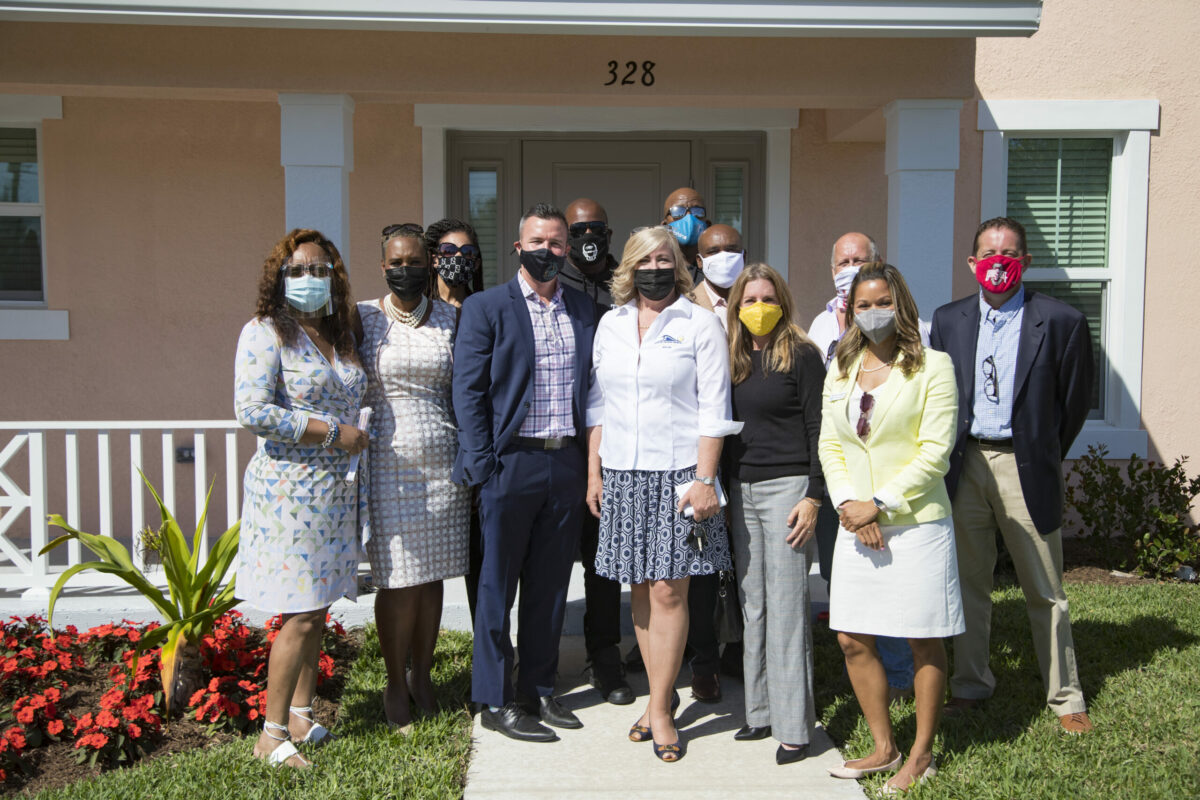 Members of the DBCLT Board, DBCLT Staff, CRA Board, and CRA Staff.

“Providing affordable housing is part of the CRA’s mission to eliminate slum and blight,” said Tara Toto, redevelopment manager for the CRA, who said the overall community response to this project has been positive.

According to Evelyn Dobson, CEO for the DBCLT, the majority of the homebuyers are residents of Delray Beach who are young working professionals, retired veteran, medical professionals, senior, and other essential service professionals. These homes provide these community members with the financial capability to not only become homeowners, but to become homeowners in a growing area of Delray that they could otherwise not afford.