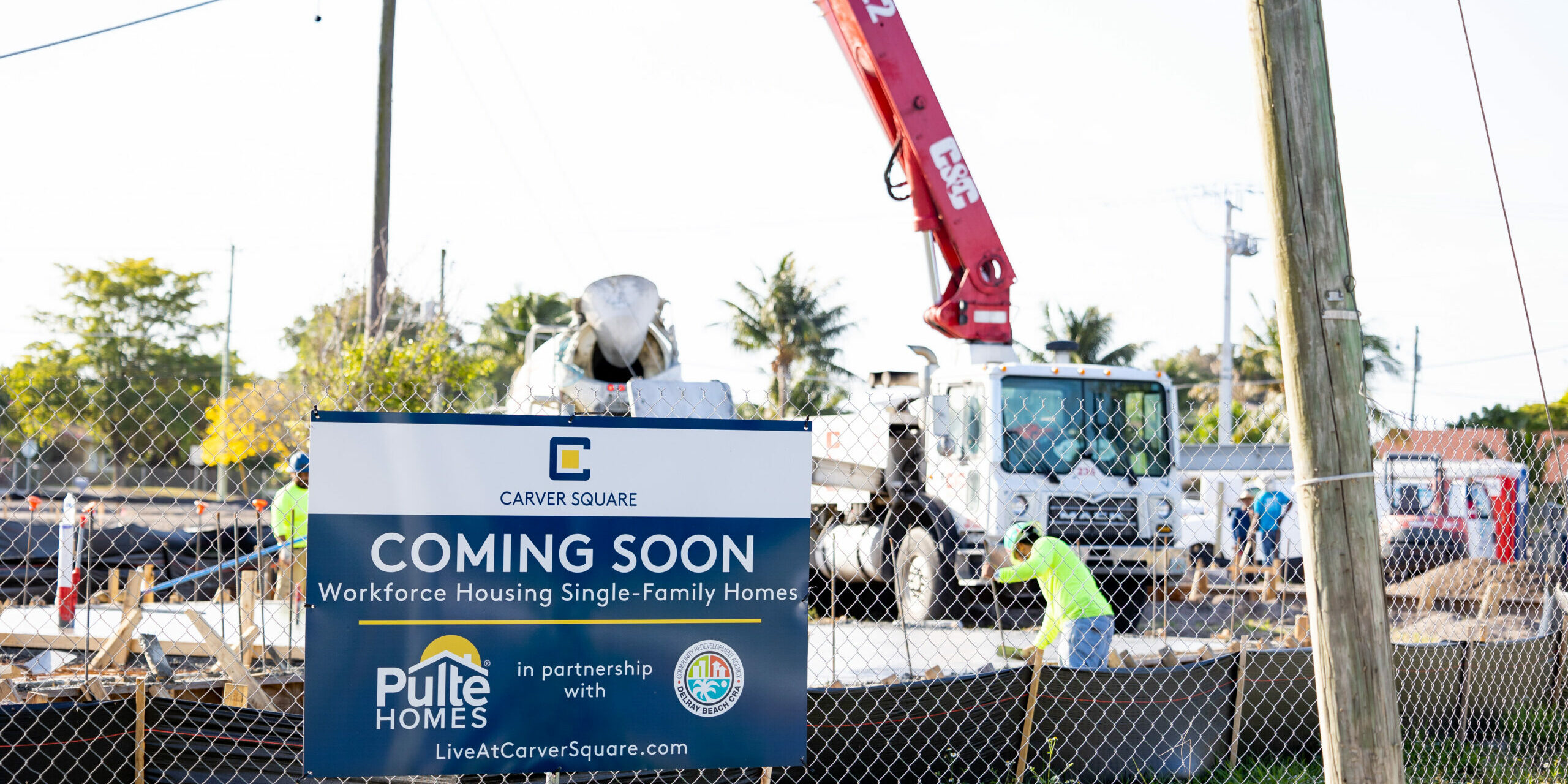 If you’ve driven past the Southwest Neighborhood as of late, you would have definitely noticed some work going on, and it’s exciting work at that! What used to be the site of a former dumping area is now being transformed into 20 single family homes as part of an affordable housing project.

Dubbed the Carver Square Workforce Housing Development, the CRA is working with PulteGroup, one of America’s largest homebuilding companies, to develop 20 brand new homes on the land. Even though the momentum is fast-paced now, the project first began way back in 2005 when the CRA began acquiring two blocks of single family properties (20 lots total) in the Carver Square subdivision.

“The properties were the site of a former dumping area, and most of the houses that had been constructed on the lots have experienced significant structural damage due to major settlement of the soil,” said Christine Tibbs, CRA Assistant Director. “The CRA’s plan for the area included resident relocation, demolition of the remaining structures, remediation of the soil conditions, stabilization of the site, and construction of new single family affordable housing.” 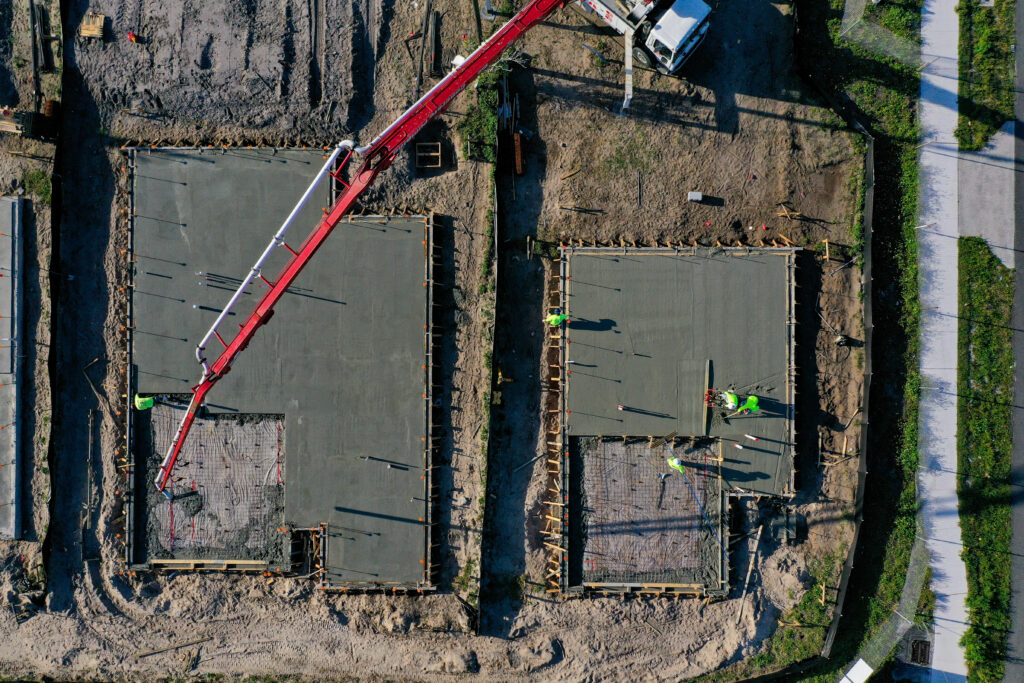 Construction began on the vacant site in February 2022 and is anticipated to take approximately 18 months to finish all 20 homes, located between Southwest Seventh and Southwest Eighth Avenue and Southwest Second Court and Southwest Third Street. The neighborhood will offer two one- and two-story floor plans with three to five bedrooms, two to two-and-a-half baths, and two-car garages.

“The general feedback has been extremely positive. We’re all excited to see vacant land be developed into something that adds to and betters the community, but when the development is affordable housing, especially affordable, new construction single family homes, it’s another level of excitement,” Tibbs said.

Buyers who are interested in purchasing one of these single family homes need to qualify with the Palm Beach County Department of Housing and Economic Stability. The homes will be released in phases. The first five homes were released for sale March 2022 and the next release will be posted on the www.liveatcarversquare.com website. If potential buyers would like to be notified, they should submit their information on the website so that they may be contacted. 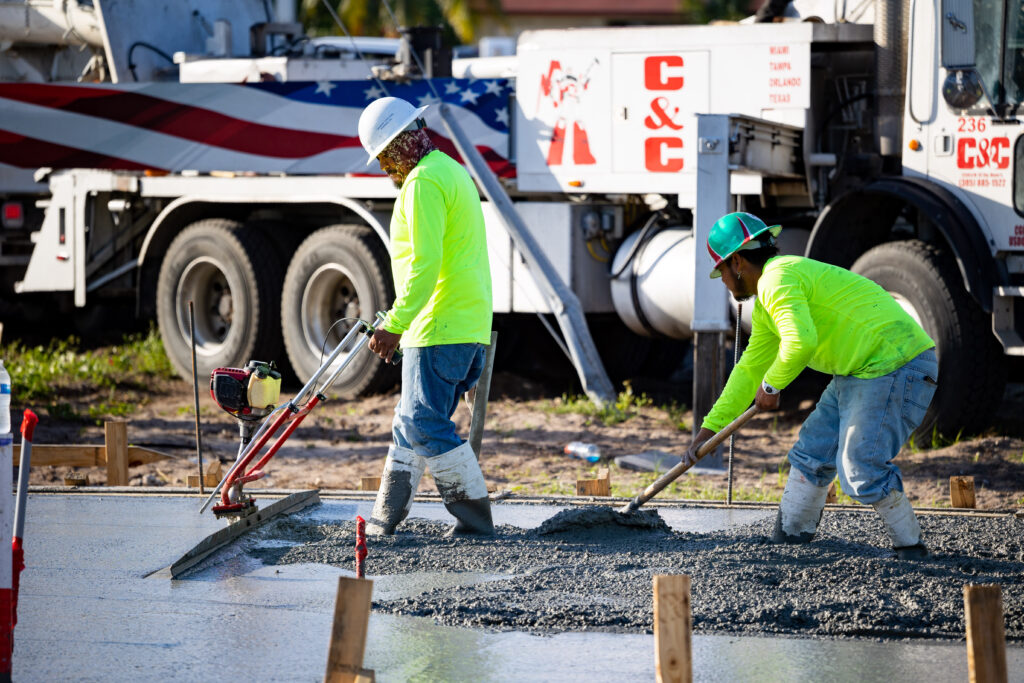 “Development of affordable and workforce housing within the CRA District is directly in line with the CRA’s mission,” Tibbs said. “Through the Carver Square Workforce Housing Development, the CRA is able to offer newly constructed single family homes at a sales price (prices ranging from $166,110 to $308,490), which is well below the Palm Beach County median homes sale price of $475,000 and average home sales price of $926,303.”

According to Tibbs, The CRA exists to revitalize the physical environment and the economy of the Community Redevelopment Area. The CRA’s activities are designed to solve the underlying problems of slum and blighted conditions through planning, redevelopment, historic preservation, economic development and affordable housing so that the tax base can be protected and enhanced by these mutually supportive activities.