We always consider our community improvement projects award worthy, and now we have proof! Our N.W. 800 Block Project has won the 2022 AIA Forth Lauderdale Design Awards – Unbuilt Award.

In 2021, the CRA engaged CPZ Architects, Inc. (“CPZ”) to develop a conceptual design for the CRA-owned properties located within the N.W. 800 Block of West Atlantic Avenue. The final conceptual design included several rounds of input from the public, CRA Board and staff. CPZ submitted the conceptual design as a candidate for the 2022 AIA Fort Lauderdale Design Awards – Unbuilt Award – and won! 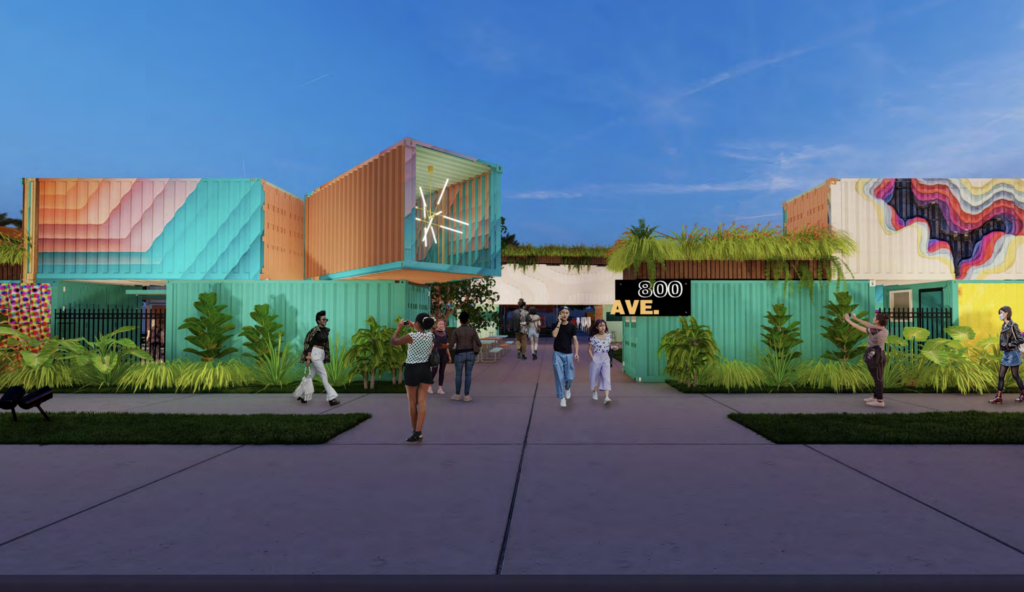 The jury consisted of three renowned professional architects, with feedback including, “A modern-day public piazza that is sure to be a favorite destination,” and “Great addition to the community. Fun, playful, colorful and very pedestrian friendly. Excellent project example of listening to and addressing community concerns. Great programming elements integrated into the project. Great to redevelop brownfield sites and utilize recycled building containers. Very sustainable and community conscious.”

The CRA owns five parcels abutting Atlantic Avenue, between N.W. Eighth Avenue and N.W. Ninth Avenue, in the Northwest Neighborhood. The project will include one more parcel to the north totaling six parcels. CRA staff is proposing to activate this area using shipping containers with the goal to create a livable environment for the Delray Community. These parcels have a Commercial Core Future Land Use designation. 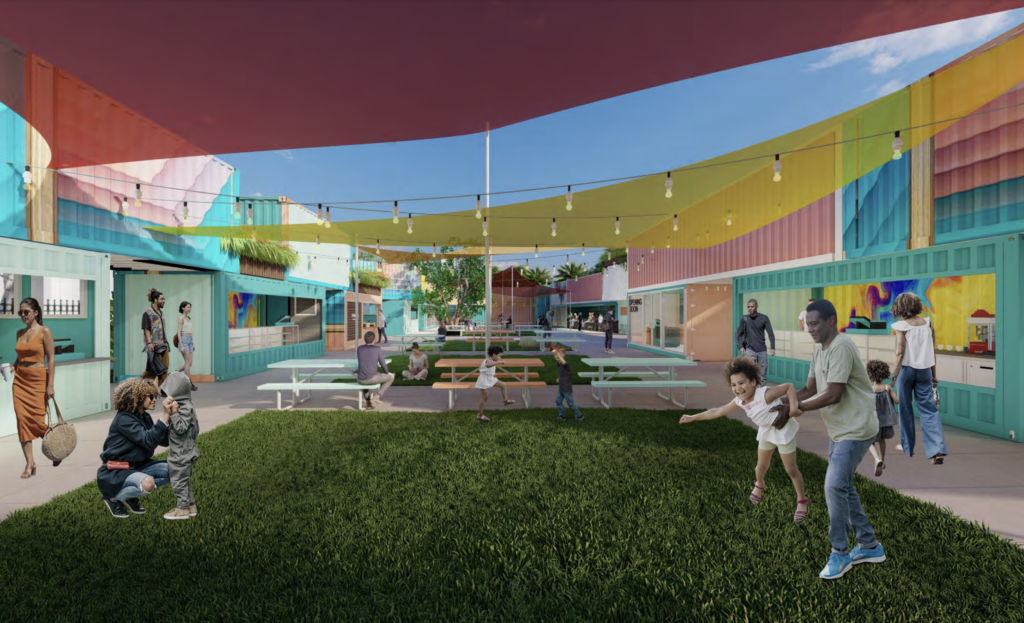 CRA staff is working on the next steps, which include developing and issuing an Request for Proposals seeking a team to develop and finalize the design and construction documents and constructing the project.

We can’t wait to see the final result!