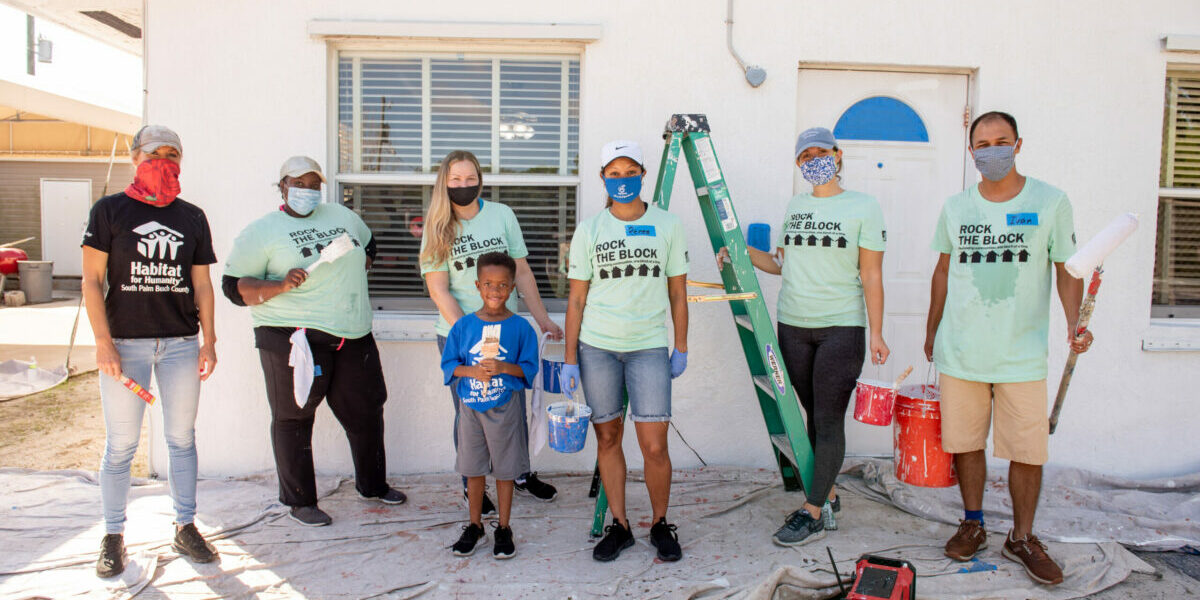 The CRA is Rockin’ the Block

Even during a pandemic, you can’t keep the Delray Beach community members from (safely) banding together to help one another. With a goal to improve the Northwest neighborhood and lend a helping hand to enable neighbors feel good about their home and neighborhood, the Rock the Block event did just that: rock the block!

The 2020 Rock the Block event was held in the Jefferson Manor neighborhood every Wednesday, Friday and Saturday through the month of November. A total of 12 homes were painted because 76 volunteers from groups including Adivo Construction, GRS Community Management, Jason Kate & Family, City of Delray Beach, Delray Beach CRA, Thrive Delray and FAU Kappa Alpha Psi joined forces. The CRA team participated on Friday, November 13. 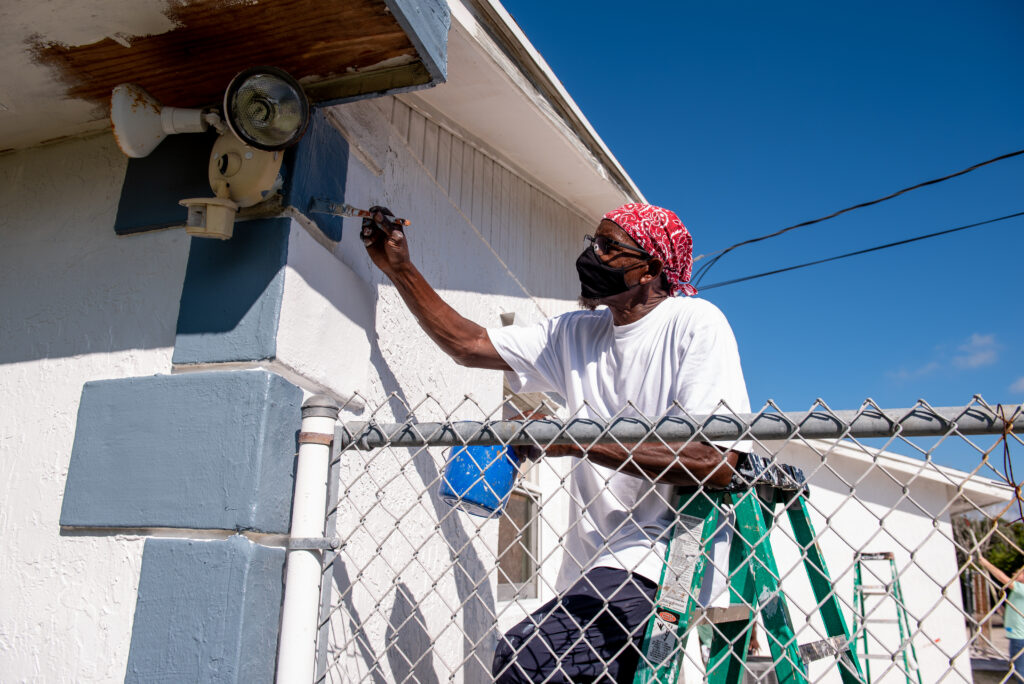 “Eliminating slum and blight is a main part of the CRA mission in Delray Beach. Some neighborhood areas can be helped by upgrading curb appeal and ultimately providing a better neighborhood visual, and a sense of pride in the neighborhood for residents,” said Grace Gdaniec, Arts Warehouse manager. “A fresh coat of paint and new landscaping can go a long way to update a neighborhood. Some of the funds are also used for minor repairs to homes. It’s great for members of the CRA team to get involved in a hands-on manner, and have a chance to directly affect the residents who we aim to help.”

Rock the Block has been a Delray Beach tradition since 1989, and was originally known as Paint Up Delray. Habitat for Humanity partnered with the City three years ago and manages the volunteers and the painting of the homes. Typically, 10 to 15 homes are painted in one day during the month of April, bringing together more than 200 volunteers. However, due to the pandemic this year, the event was postponed but not canceled, and the outpouring of volunteers were limited for social distancing purposes. 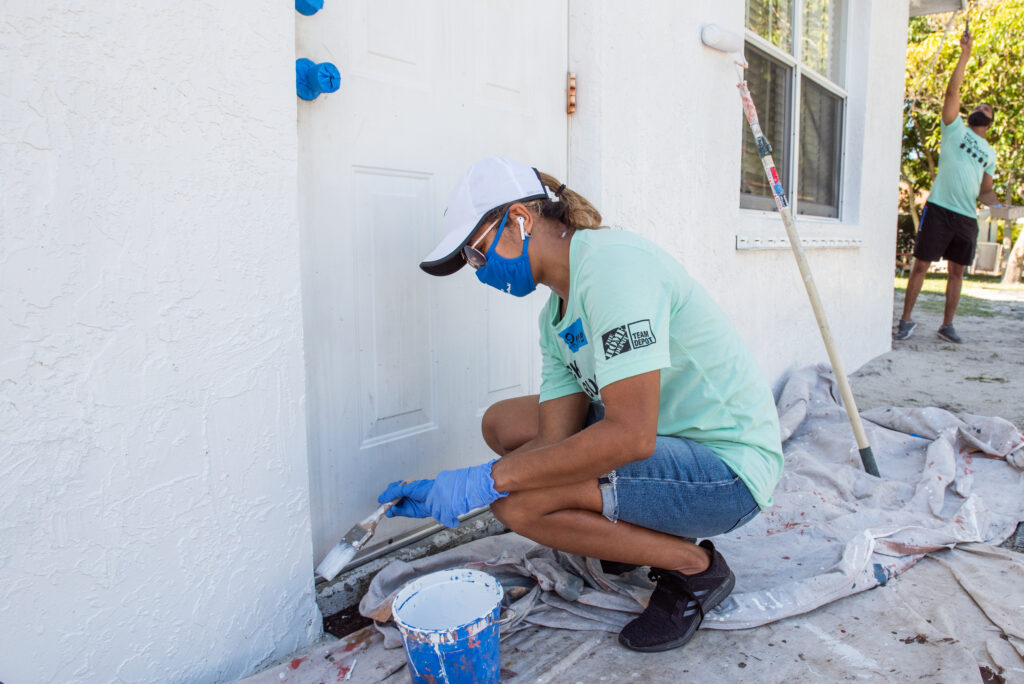 “We hope to return to doing our yearly Rock the Block event in April but with the uncertainty of the pandemic it is hard to forecast,” said Crystal Spears, director of neighborhood revitalization for Habitat for Humanity. “Next year we will be on the Southwest side, every year we route from the Northwest side to the Southwest side. In the past it has been a fundraiser for Habitat for Humanity and the volunteer teams pay $2,500 to sponsor the painting of the homes.  This year we waived the fee due to the pandemic.”

The neighborhood and community services identifies the homeowners and homes that would most greatly benefit from the annual beautification process. All painting supplies were donated from the Home Depot Foundation, and the CRA gives a $10,000 grant for minor repairs for the homes.

What is a great community outreach for the betterment of a small block of homes turns into a great feeling of community love and care for those who need it most. In the world of a pandemic where nothing is certain, at least there’s a love for the greater good!