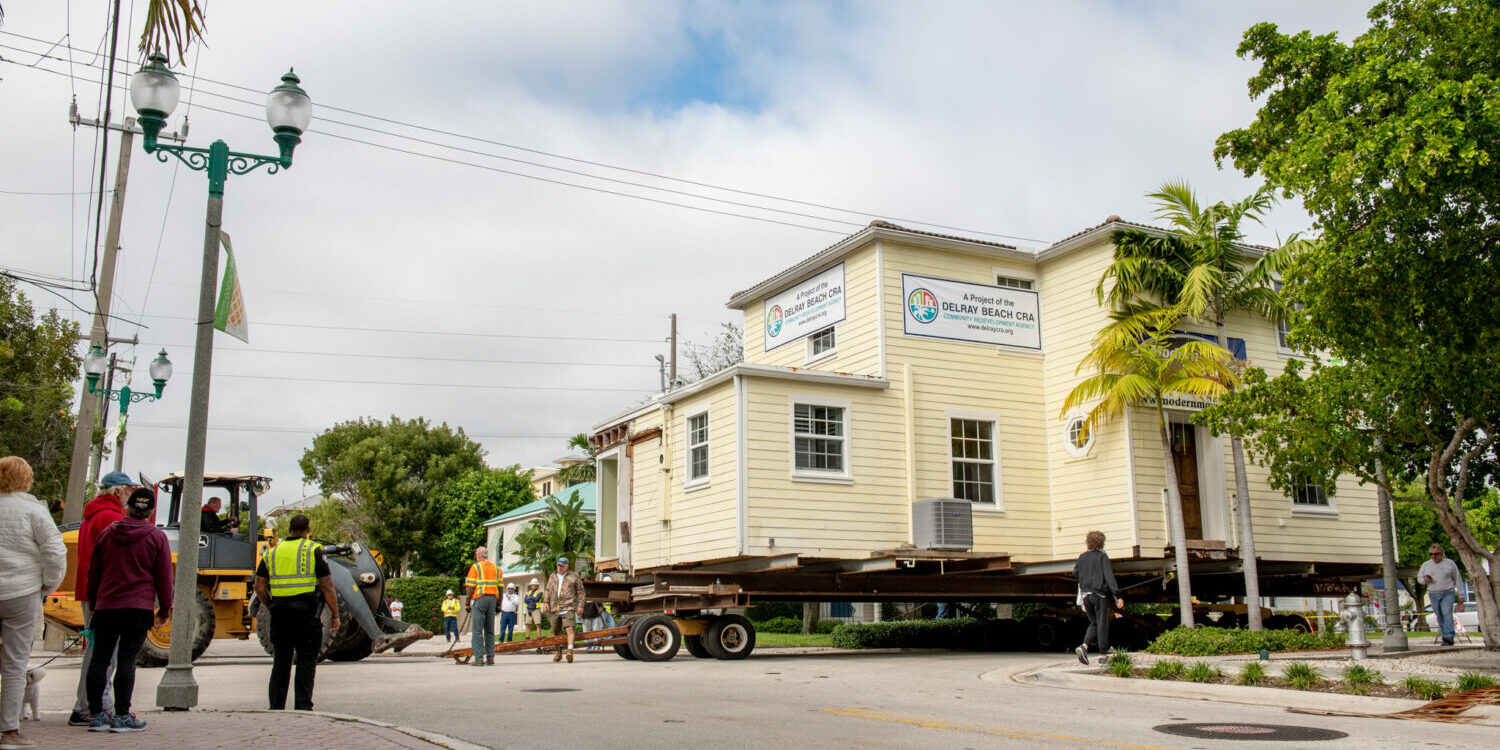 The Wellbrock House was recently relocated from 215 N.E. Seventh Ave. to 22 N. Swinton Avenue, a project that began May 2019 and ended November 2019.

According to Tara Toto, CRA redevelopment manager, the house had been sold several times over the years, and in April 2019, the property was acquired by a local developer with plans to demolish the house and construct residential townhomes on the site. Because the house was not within a historic district and lacked any historic designation, there was no protection was in place to prevent the demolition of the historic home. However, historic structure preservation is a major objective of the CRA, and once the CRA team became aware of the plans for demolition, they took action to preserve the historic home through relocation.

“Relocating the Historic Wellbrock House to the Old School Square Historic Arts District (OSSHAD), as well as obtaining the Local Register of Historic Places designation, will not only ensure protection of the structure, but furthers the CRA’s historic preservation efforts within the community,” Toto said. “The preservation of Mr. Ogren’s work has been instrumental in the continuance of Delray Beach’s revitalization efforts. Although his designs are known for building scale and proportion, it is the sense of place he created for the community which proves timeless. Samuel Ogren, Sr. leaves behind a legacy, rich not only in architectural style, but also a moment in time that should not be forgotten and is worth preserving.” 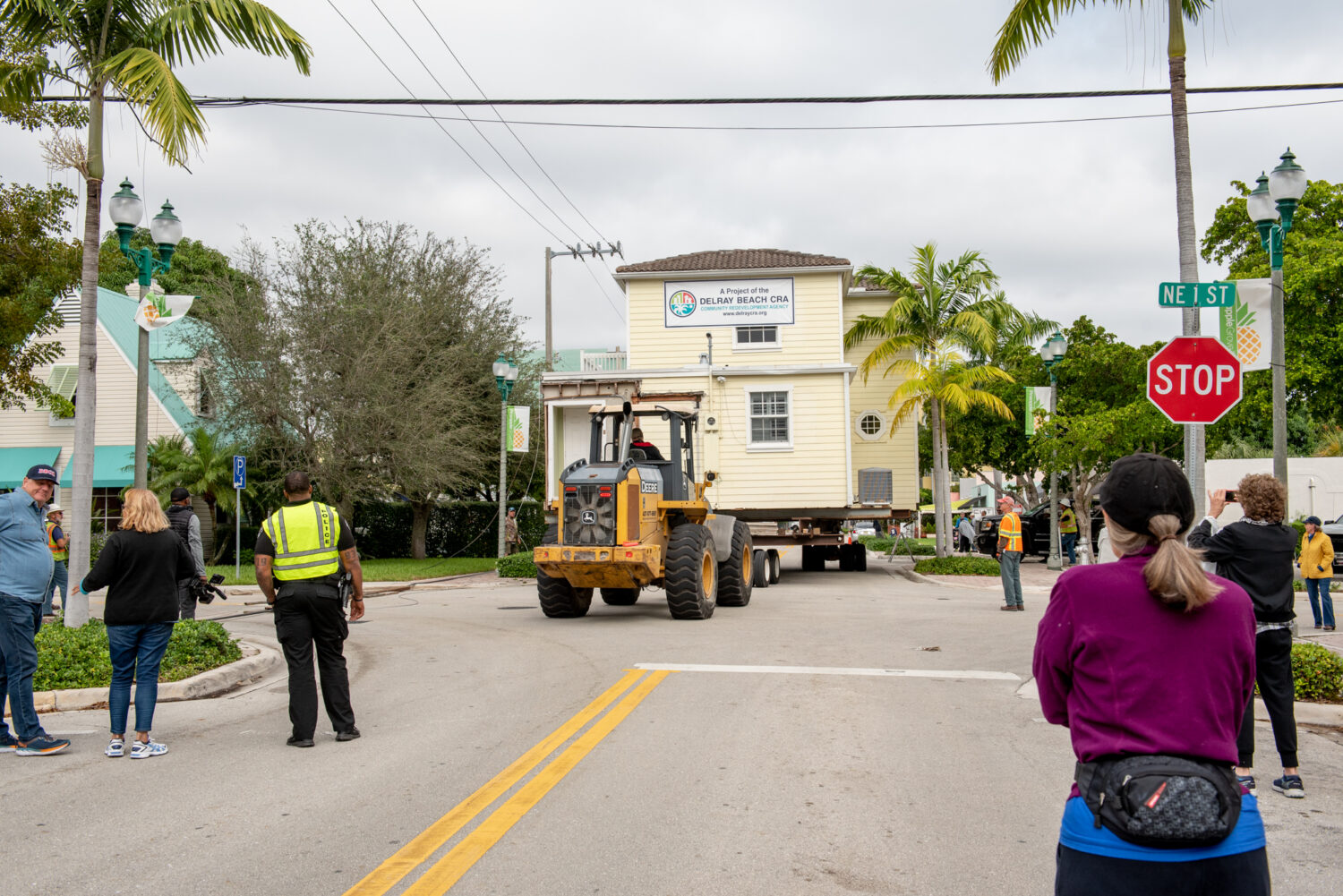 The house was designed by the city’s first registered architect Samuel Ogren, Sr. and designed for JC Wellbrock, a prominent produce broker in the city. Mr. Ogren’s work has been instrumental in the continuance of Delray Beach’s revitalization efforts with hundreds of his designs located within the city, such as the Delray Beach High School Gymnasium and the Arcade Tap Room.

To fit the current needs of the growing CRA team, there are plans to convert the building from residential to office use, and renovate the building and create much needed office space. The first and second floor has been redesigned using the existing square footage to meet the needs of office use, as well as to comply with the current building code requirements.

“This project also helps further one of the goals in our plan to restore and preserve historic structures in the Old School Square Historic Arts District,” Toto said. “Thank you all for your continued support as we strive to execute our Redevelopment Plan and help eliminate slum and blight in our community.”

The creation of the Old School Square Historic Arts District (OSSHAD) was to provide for a mix of residential, office, and commercial uses resulting in an improvement to the quality of life and sustainability through preservation and adaptive reuse of structures within the District.

“Historic Preservation is known and understood to be an effective revitalization tool. Preservation of structures not only safeguards the past, but also creates sustainability for the future. The City of Delray Beach has achieved prominence by encouraging and fostering historic preservation when possible,” Toto said. “The area is now thriving, a place where residents and visitors can come and enjoy restaurants, festivals, art galleries, etc. The downtown renewal’s success would not have been possible without the City’s dedication and emphasis on historic preservation. The relocation and addition of the Historic Wellbrock House meets the criteria for designation and will add intrinsic value to the site, District, and downtown area.”