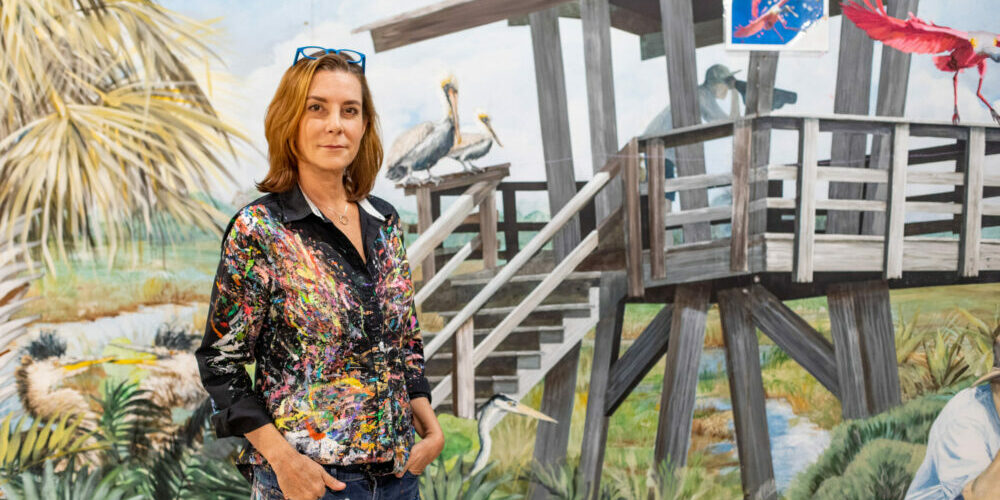 After spending the past 14 years on the side of the Delray Beach Camera Shop, the ‘Observations’ mural is getting a much-needed facelift and a new home!

If you previously drove south on Second Avenue in Pineapple Grove, you would have certainly noticed the landscape-inspired mural on a building on the West side of the road. So when the Camera Shop building was sold and the business relocated a few blocks away, local community members jumped on the opportunity to restore and relocate the mural, which was created in 2007.

‘Observations’ was inspired by native flora and fauna at Author R. Loxahatchee National Wildlife Refuge in the Everglades. Dana Donaty, who is the original artist and who recently began her Residency Exchange program at the Arts Warehouse, describes the signature style of the mural as composing of a highly energized composition nearly “bursting at the seams,” that is her idealized portrayal of an Everglades scene. 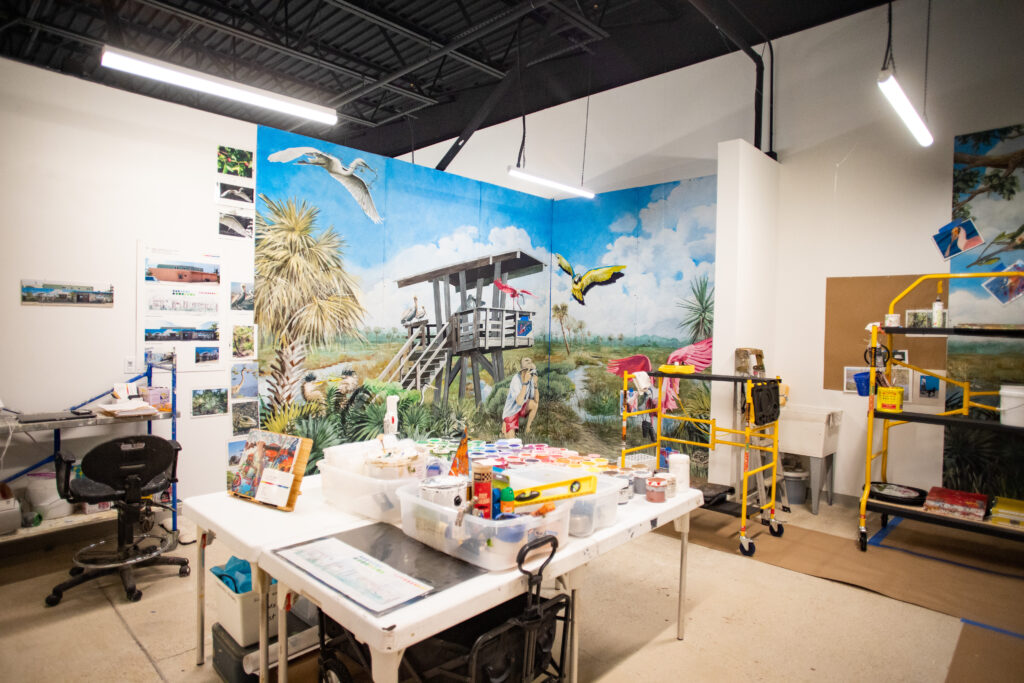 “Arts Warehouse is offering an Extended Residency Exchange program opportunity with Dana. Dana was approved by the CRA Board to participate in an extended exchange for four months instead of the [typical] two weeks, due to the expected timeline for the restoration of the mural,” said Grace Gdaniec, Arts Warehouse manager. “Dana will be hosting workshops at Arts Warehouse for both adults and children, as well as open studio hours, and creating video and virtual content throughout the process. The extended residency exchange is an opportunity to support this restoration project, while also giving visitors a look at Dana’s artistic practice and activating a studio space at Arts Warehouse.”

The mural is acrylic on dibond 10’ x 36’ panels that were secured on the previous Camera Shop, located at 186 N.E. Second Ave. They were removed, put into storage, transported to the Arts Warehouse and installed at the Arts Warehouse for Donaty to be able to perform the necessary restorations. Once complete, they will be moved to the Camera Shop’s new location at 217 N.E. Fourth Ave., installed on the 12’ by 49’ building, with Donaty painting the wall sections on the new building to match the murals. 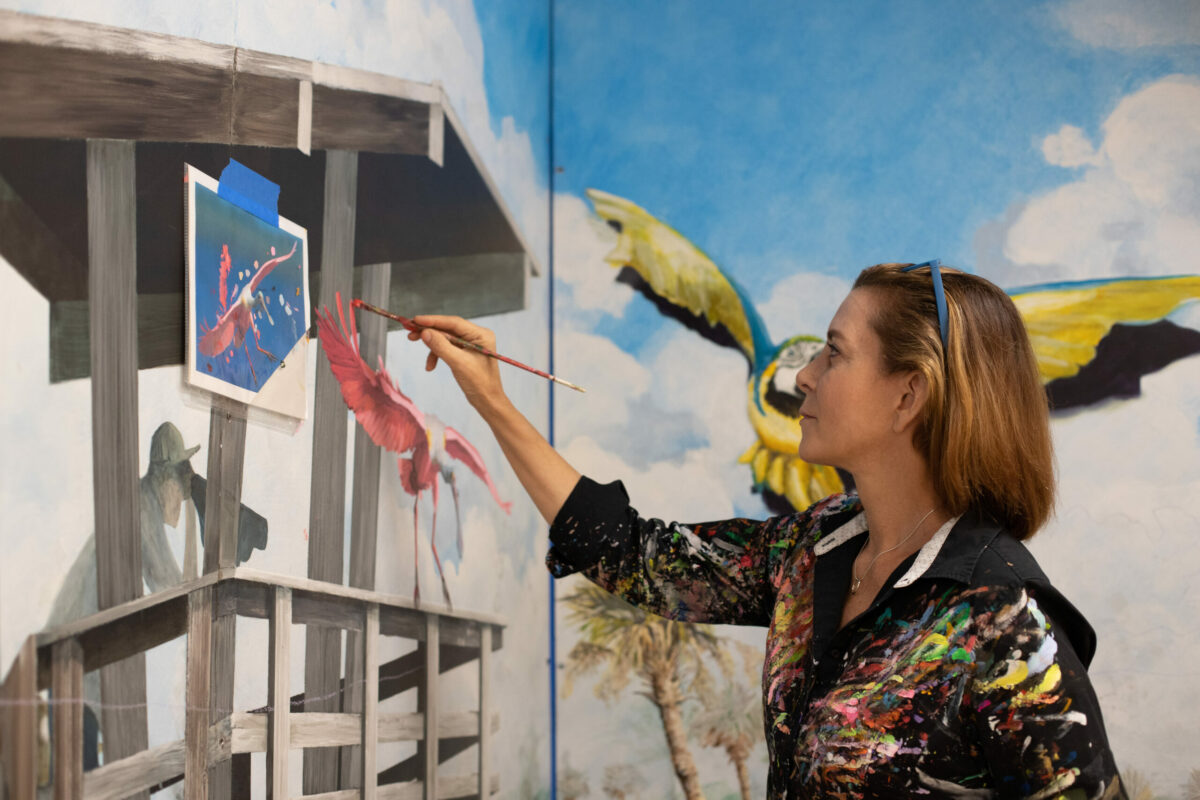 According to Donaty, the panels are first cleaned, then areas that have failed are identified and repaired. Repairs include addressing mold, sanding and using solvents on areas where dirt can not be removed, hammering flat areas of panels with dents or lifting, and addressing fading by overpainting. The restoration will take approximately four months to complete, and the process will include several community members and organizations working together.

So here’s to a great restoration and a great installation!

For more on the Delray Camera Shop, click here