All Eyes on the Citizens on Watch Exhibition 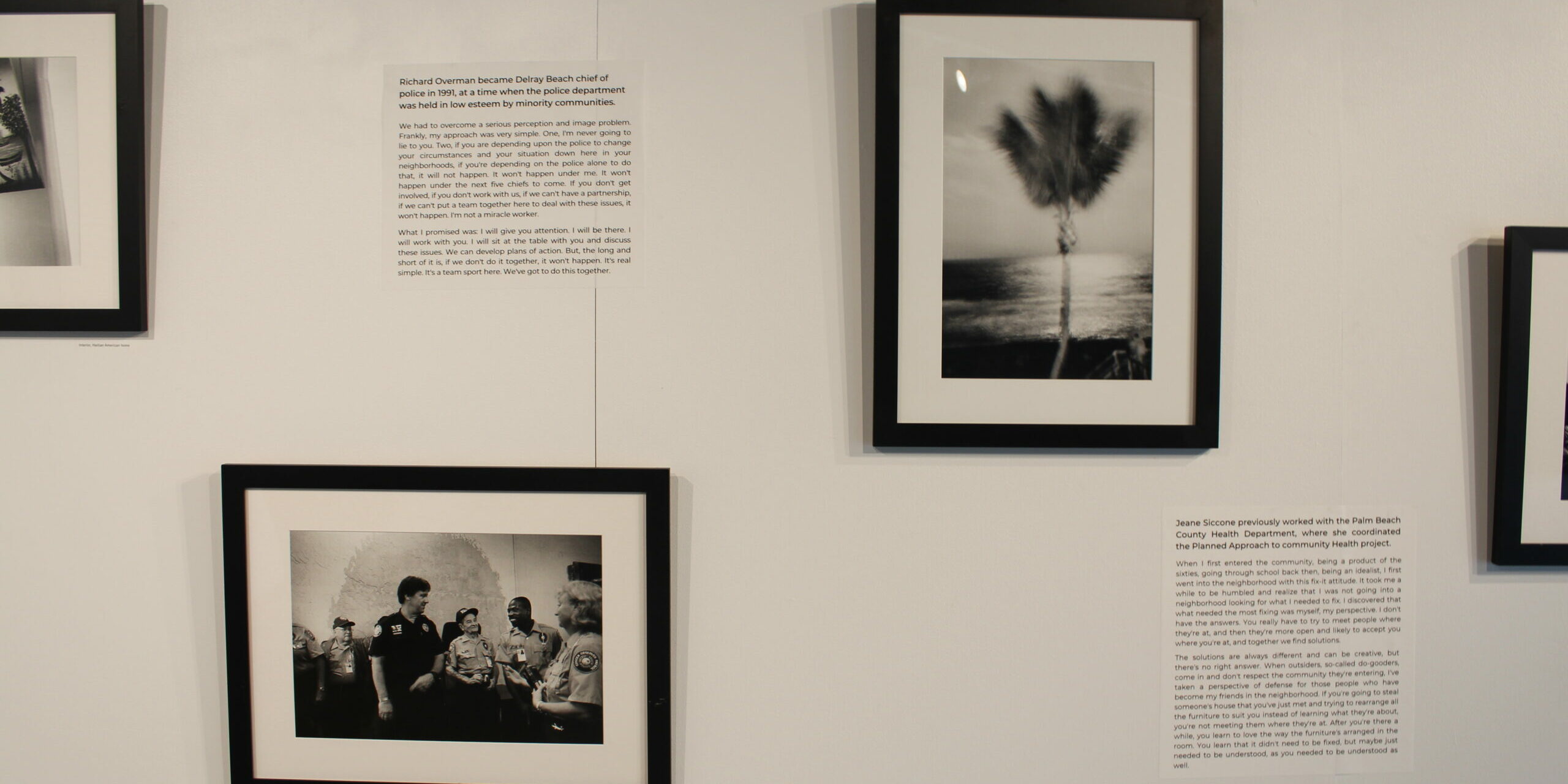 Even if you’ve lived in Delray Beach all your life, do you know it’s history? What if you’ve been in Delray only for periodic visits and want to find out more? Now you can learn about the city’s rich history, all through photographs from the archives of the Delray Beach Historical Society that are being featured at the Arts Warehouse.

In 1999, an ambitious national documentary project called “Indivisible” sought to explore how communities across America were volunteering to improve their neighborhoods. Photographers and oral historians set out across communities to understand local solutions to local problems, and Delray Beach was selected as one of 12 locations that were featured in a book about the project, “Local Heroes Changing America.”

Joan Liftin, director of documentary and photojournalism education at the International Center of Photography, photographed the Delray Beach story, where she focused her lens on the growing Haitian population. At the time, Haiti was reeling from political unrest and poverty, and thousands of Haitians were seeking new lives in South Florida. Delray Beach became home to the largest per capita Haitian population in the United States, and had work to do to get Haitian immigrants to trust law enforcement. To curb tension, the Delray Beach Police Department created the Haitian Citizens Police Academy and Roving Patrol, both of which worked to improve relations between citizens and city officials, giving immigrants the opportunity to secure a more stable future. 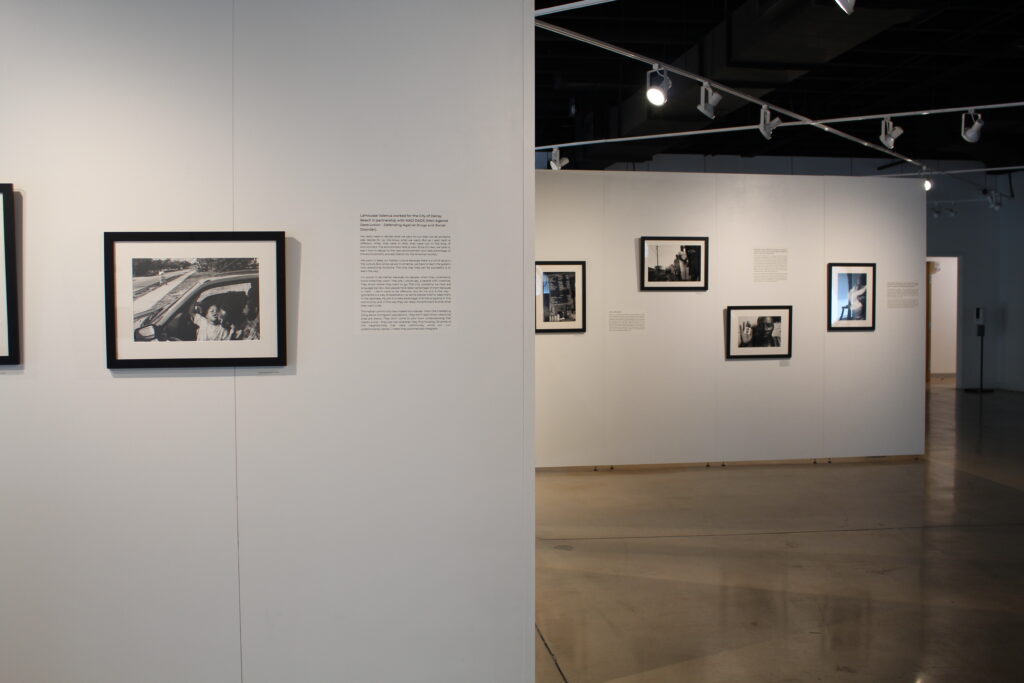 “Her photos showcasing the local community in such a beautiful way. I was immediately intrigued. Arts Warehouse has yet to show something so historical (even just 20 years ago), and the fact that it is of Delray Beach and the Haitian Community that settled here in the 1990s, it really was a lucky project to discover in the archives. It being of Delray Beach makes the photos even more powerful, I think,” said Grace Gdaniec, Arts Warehouse manager. “There were multiple layers to the exhibition coming together – showcasing these photographs, partnering with and raising awareness of the Delray Beach Historical society which is a wonderful database and asset to the city and its cultural arts, and also highlighting a period of time in the local history of the specific community and the special community policing efforts organized by the DBPD at the time which started the Haitian Citizens Police Academy and Roving Patrol. A final layer to this exhibition coming to fruition was that the dates of the exhibition do fall through February which is Black History Month.”

Liftin’s photographs, which are shown in 18” x 23.5” frames, are a reminder of the complexity of Delray Beach and the tenacity of its residents. Along with a selection of the oral histories that were collected by Florida-based journalist, Merle Augustin, this exhibition serves to provide a narrative through the black and white images, ultimately bringing the book to life.

“The goal is to highlight a period of Delray Beach’s recent history that perhaps many people don’t know about. Especially the community involvement with policing and the Haitian Citizens Police Academy that worked to improve relations between citizens and city officials, giving immigrants the opportunity to secure a more stable future,’ Gdaniec said. “I’m also hoping to reach family members or friends of the individuals featured in the exhibition, whether in photographs or one of the oral histories on display, to create additional content to add to the archive about this photography project. Delray Beach was the city with the highest population of Haitian immigrants in the 1990s, and many families have stayed in the area and South Florida. I’ve been connected with a few people and will hopefully create video interviews or at least written interviews to add to the archive. This can be an ongoing story!” 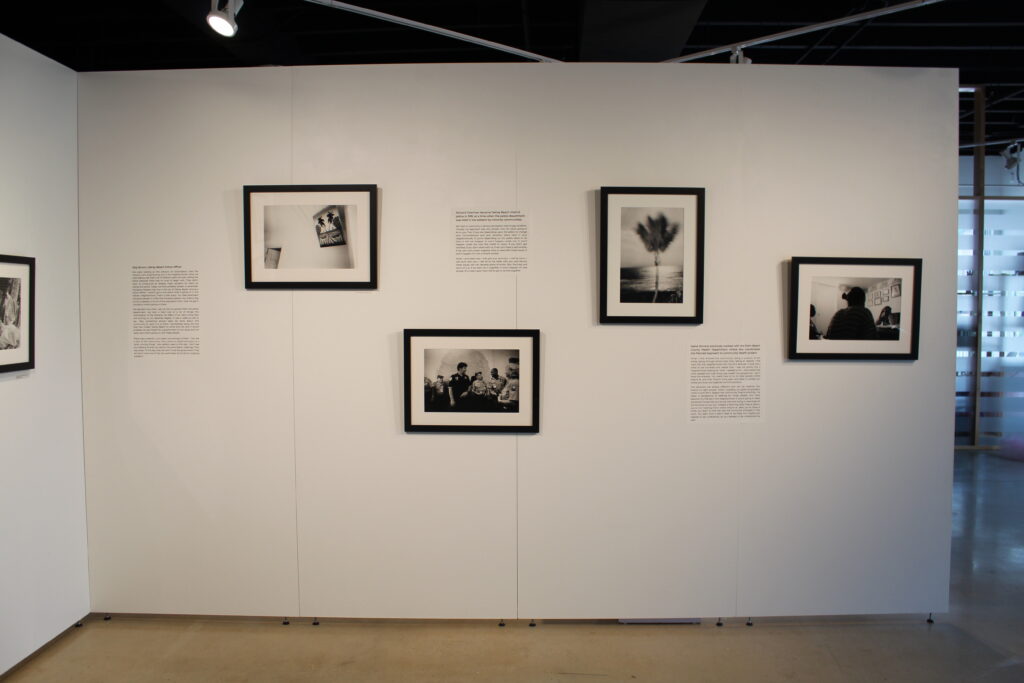 It all began when Winnie Diggins Edwards, executive director of the Delray Beach Historical Society, approached the Arts Warehouse team with the idea of showcasing these photos from the Delray Beach Historical Society Archival Collection. Gdaniec was able to spend some time within the archives and found herself wanting to explore every drawer and shelf, and found it important to share the city’s history with visitors and residents.

“Some of the history is not always the brightest, but that’s what it is important to share that and how far the city has come. This partnership with the DBHS is an opportunity for cross promotion and to raise awareness of the HS and the programs that they offer as well,” Gdaniec said.