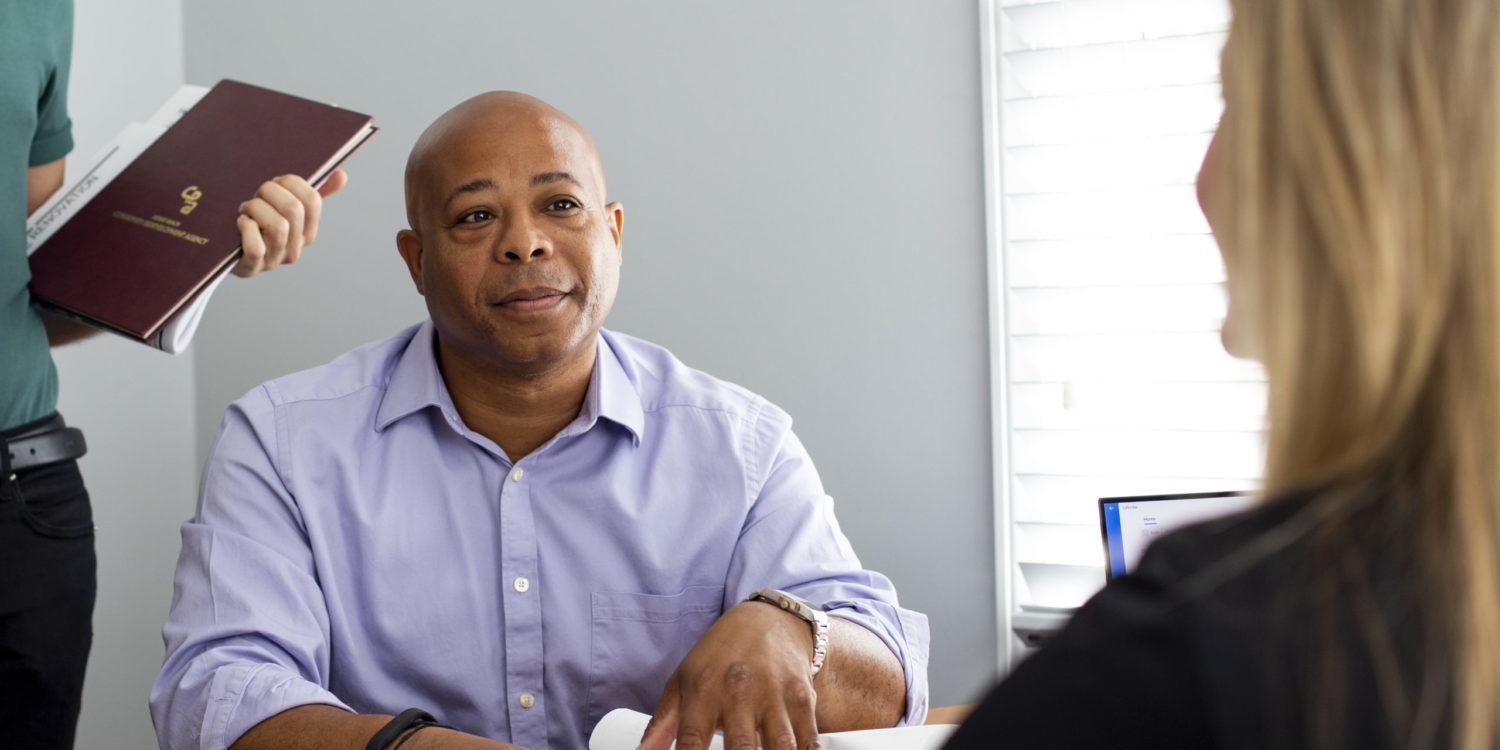 For about four years, DJ Lee worked in code enforcement handling citations and working with community members who were fixing their houses. But, the opportunity came up for him to “switch sides” and, now as the property project manager for the CRA, he works to help people find houses.

“There’s a lot of positive change on this side,” said Lee, who focuses on finding and managing affordable housing for Delray community members. “We’re helping people to be able to afford stuff.”

He has more than 130 properties in his district, which include commercial, retail, residential, vacant lots and parking lots, and spends his days managing anything and everything in his district.

“There’s always some issue. Unfortunately there’s some homelessness in the parks, trash, overgrowth, water heaters going bad, ACs going out. There’s always something. It’s continuous work. An everyday thing. I’m considered an essential worker,” Lee said, laughing. “I help project managers with getting permits and contacting the right people to facilitate assistance. That’s more or less my job. I work behind the scenes to help the projects move forward.”

His typical day consists of driving around and checking on his properties to see where they stand, including being a helpful neighbor and picking up any trash he sees before the crews come out. Then he heads into the office to check emails, handle purchase orders and pay a lot of bills to FPL, water/sewer, warehouse, water companies, and the like. It’s important to him to make this part of his job a priority because “we want to be the last people who aren’t paying bills on time.”

While all of that seems like a lot of desk work, he enjoys and thrives with the community engagement he receives. 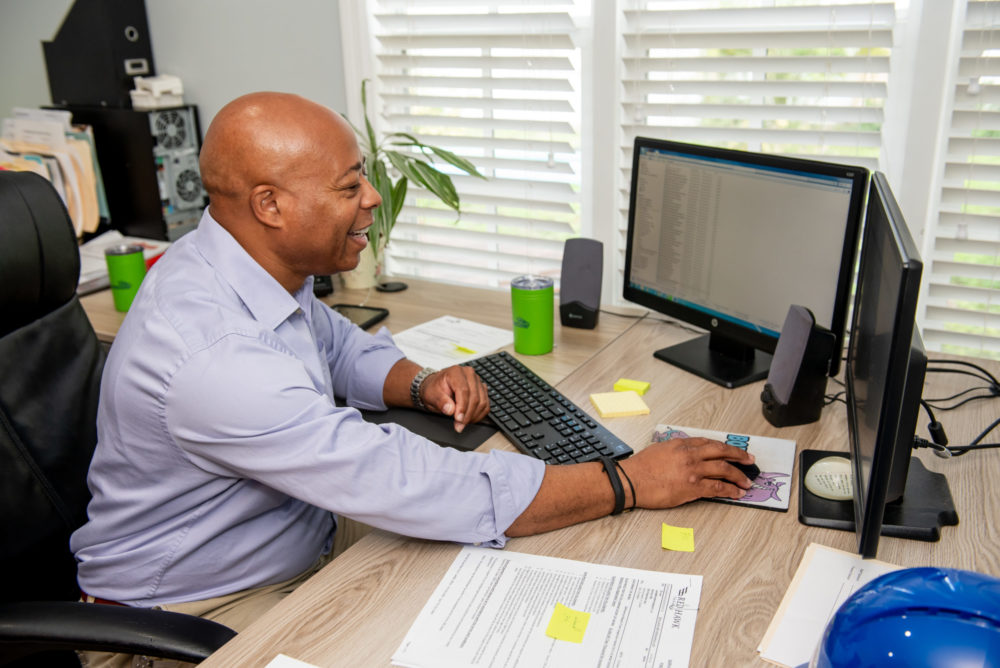 “When I was on the other side, we had to make sure that people were in compliance, and that was throughout the City,” said Lee, who moved to Delray in 1993. “My district is the largest district in the City, so just driving downtown and seeing everything is nice and smooth with all the projects we’re working on, to see all the beautiful plant life, seeing people enjoy it, and getting comments back, it’s very rewarding. Stress is everywhere but it seems like a lot less and totally different on this side.”

So when the iPic theater was built and the City’s dumpsters that were located in that area had to be removed, Lee and his team had to come up with another idea. They worked with the other businesses downtown to build a small compactor/dumpster enclosure, now located between iPic and the 400 block. It was an important task for Lee because he wanted to have the same (or better) resources in place, and created in a manner where everyone affected was involved.

“[The CRA’s mission] was one of the reasons I came over here,” said Lee, adding that the goals of offering affordable housings and combating blight has not changed since before him and since he’s been in his role. Now, with the development of the BH3 project on the 800 block of West Atlantic, which includes a pharmacy, grocery store, townhomes, retail and more, he said “that’s what we’re here for.”

Even though the coronavirus has created some hiccups for the CRA’s current projects, Lee believes that they’ll come out even better. “There were a lot of things in motion before the lockdown started. One of those things that you can’t help and that’s an unknown but you have to deal with,” Lee said.

When he’s not at work, he keeps busy as a Boy Scout leader in Delray, plays competitive softball for the City of Delray Beach, golfs, does a lot of side handyman handy work, and is also working on his general contractor license. Sounds about right on par for a property project manager who loves his city.

“I call [Delray] the small big city because it has the small town feel when you’re just driving around on the off days or in the community,” Lee said. “But then when you hit Atlantic Avenue and Federal and A1A, and see all the hustle and bustle five to seven days a week, it seems like a small Chicago.”

So with each new affordable housing unit, new retail space in the West Atlantic area, or a clean and tidy property, you’ll see Lee’s hard work progressing the CRA’s mission of helping its community and community members, one day and one project at a time.

How to Safely Show Our Local Businesses Some Love
July 29, 2020